Playmini was founded in 1991 by Nick Paddy whose connection with the Mini came practically from the cradle. His father Graham Paddy worked for Downton Engineering the famous 60’s Mini tuning company, then and was one of the founding members of  Moss Europe another classic car company.

Nick met Mr. Yamagata owner of Sanwa Trading, probably the largest Mini parts & accessory  importers in Japan after seeing a Mini Nick had restored. He then suggested Nick came to Japan to see how  it was all done Japanese style. As Sanwa did not have a reliable UK supplier, they approached Nick to see if he could help them out.

So jumping at the chance Nick sold his car, ICE and all worldly possessions to start up Playmini supplying quality parts to Japan. The relationship has grown over the past thirty one years, Playmini becoming a major  player in the Japanese import market.

Finding  our parts so successful in Japan we decided to start marketing them in the UK. Starting with the famous Playmini Maximiser exhaust system which has gone from strength to strength being sold in all corners of the world. Known as the original stainless steel sports silencer, made by Playmini and copied by many !

Playmini supplies many UK Mini specialists and shipping to most of the Japanese market with quality parts made in England from the best components. In the UK, we only supply a small number of parts focusing on quality not quantity. Well known for our classic Mini sports exhaust due to its excellent fit, aesthetics and sporty sound, twin carburettor kits made specially for the Japanese market with genuine parts and stainless steel shields, selling over three thousand kits to Japan alone, now becoming very popular in the UK. Not just suppliers like some, we are all  enthusiasts who you will find regularly at events and race circuits with our own FIA historic race Cooper S and have made and restored many Mini’s most of which have been in magazines, built to the highest standards

Nicks father back in the Downton Engineering days – click to view

Director of Playmini, car enthusiast Nick now looks after the company accounts and sales. His Mini heritage goes way back some generations with his grandfather running his own garage. Nick has owned and built many classis Mini’s most of which you will all have seen in the Mini magazines. Still owning a retro saloon, Moke, van and pickup.

Andy has been with the company almost from the start. Keen car enthusiast and Mini owner knows the cars inside out and is in charge of purchasing, sales, marketing and IT. Andy has owned and built Mini’s since he was 17 some of which have featured in the Mini magazines, along with Japanese turbo cars and BMW Cooper S 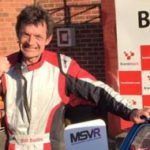 Bill generally needs no introduction, well known for his exploits in Mini Seven, Mini Migla and historic Mini racing. With a host of wins under his belt sitting in his “Bill Built” race cars

Attention to detail and producing products to the highest quality is paramount to all at Playmini.

Never accept sweets from strangers - but feel free to consent to cookies !

We use cookies on our website to give you the most relevant experience by remembering your preferences and repeat visits. By clicking “Accept All”, you consent to the use of ALL the cookies. However, you may visit "Cookie Settings" to provide a controlled consent.
Cookie SettingsAccept All
Manage consent

This website uses cookies to improve your experience while you navigate through the website. Out of these, the cookies that are categorized as necessary are stored on your browser as they are essential for the working of basic functionalities of the website. We also use third-party cookies that help us analyze and understand how you use this website. These cookies will be stored in your browser only with your consent. You also have the option to opt-out of these cookies. But opting out of some of these cookies may affect your browsing experience.
Necessary Always Enabled
Necessary cookies are absolutely essential for the website to function properly. These cookies ensure basic functionalities and security features of the website, anonymously.
Functional
Functional cookies help to perform certain functionalities like sharing the content of the website on social media platforms, collect feedbacks, and other third-party features.
Performance
Performance cookies are used to understand and analyze the key performance indexes of the website which helps in delivering a better user experience for the visitors.
Analytics
Analytical cookies are used to understand how visitors interact with the website. These cookies help provide information on metrics the number of visitors, bounce rate, traffic source, etc.
Advertisement
Advertisement cookies are used to provide visitors with relevant ads and marketing campaigns. These cookies track visitors across websites and collect information to provide customized ads.
Others
Other uncategorized cookies are those that are being analyzed and have not been classified into a category as yet.
SAVE & ACCEPT